The Nam Mang 3 hydro power plant operates 2-20MW 4-needle Pelton style hydro turbines originally commissioned in 2005. Given the age of the control system and advancement in control technology, EDL-GEN decided to upgrade the governor control system and excitation system for both units. EDL-GEN turned to Vientiane Automation and Solution Engineering (VASE) as the prime contractor and for the overhaul of the turbomachinery, and, as result of many past successful projects, VASE contracted PM Control Systems Pte Ltd (PMCS) to supply the governor and excitation system.

The OEM control and manifold systems were just not capable of repeatable and reliable operation. This was made worse by inconsistent and often unusable documentation and information on the system. Repeated overheating of the solenoids in the manifold system drove cost and unscheduled outages. Solving these problems with an open architecture system that provided the customer with the ability to understand and support the system was absolutely required to meet the high expectations of EDL-GEN.

EDL-GEN consulted with VASE and PMCS as well as some direct competitors in search of the right solution. As a result of PMCS’ proven track record and responsive service, EDLGEN through VASE awarded the contract to PMCS in Singapore.

PMCS designed and developed a new system utilizing its own resources as well as by working with some of the most experienced hydro (mechanical and control) experts from around the world. The result was a new speed sensing strategy, new actuation design and system, and the implementation of proven control strategies on Woodward’s powerful and open MicroNet platform. Both the ABB Excitation System and MicroNet Governing system utilized redundancy to ensure maximum availability. All these subsystems were assembled and tested in Singapore prior to shipment to EDL-GEN.

Both units have been successfully overhauled, new controls and excitation installed, and fully commissioned. During commissioning a few new challenges and opportunities to improve the design and/or operation were identified. Each time, PMCS, together with VASE, rose to the occasion solving these challenges and implementing improvements safely and quickly. EDL-GEN now has a governor control and excitation system that will operate reliably for many years to come. 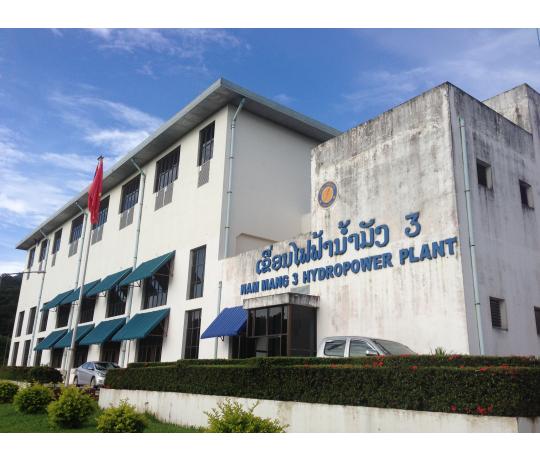